About a month ago, I signed up to a new MOOC offered by the Knight Center for Journalism. The course is run by Alberto Cairo and is exactly the sort of course I’ve been after for a while. As an aside, Higher Education institutions in the US seem to be way ahead of the game when it comes to MOOCs; I have completed courses via Coursera in the past and they have been fabulous.

Anyway, as part of my week 1 assignment, I have been asked to critique and discuss with fellow students the following graphic: 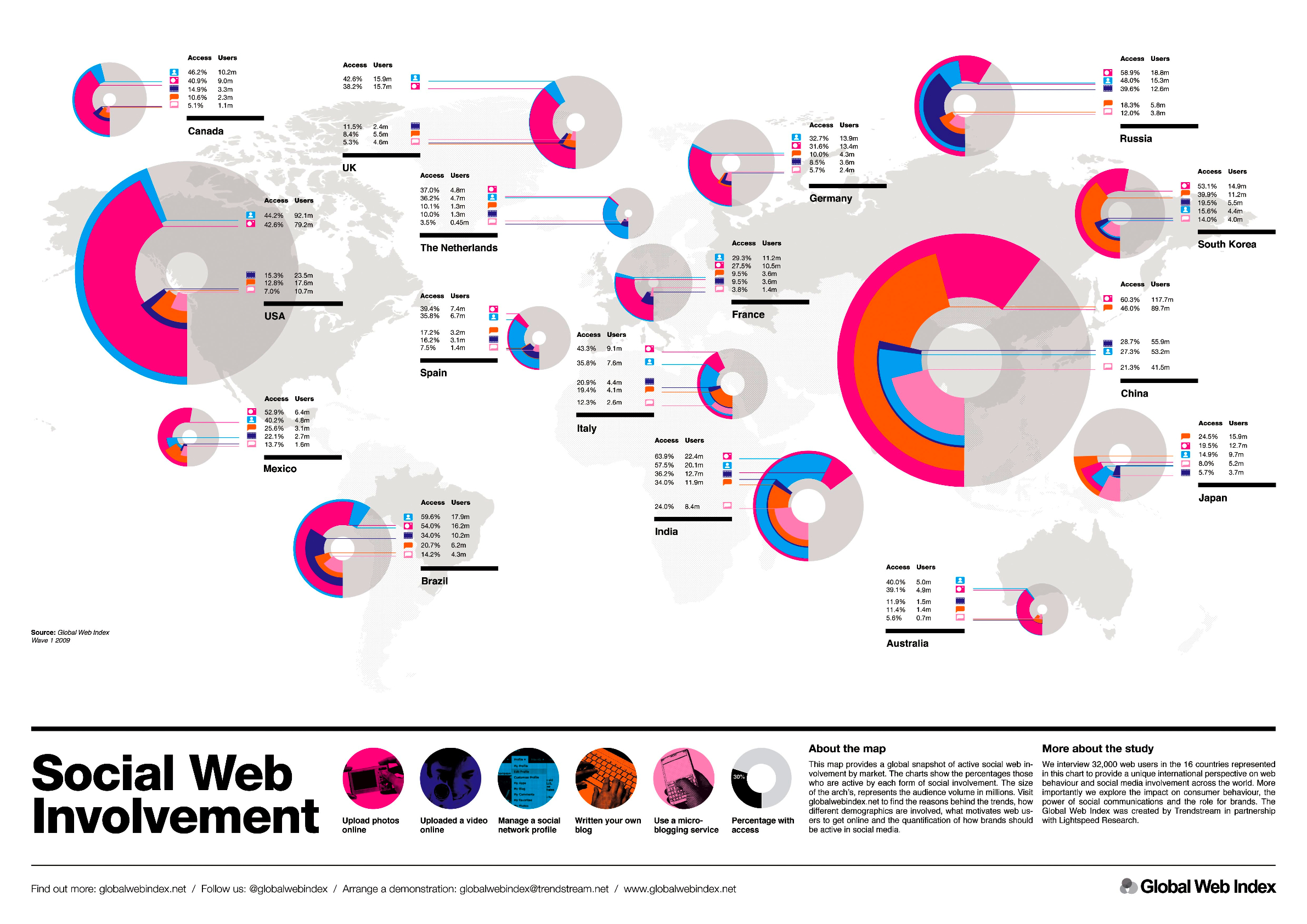 As with everything, it is so much easier to critique the work of other people and I realise that I will have fallen in to some common traps when creating my own graphics. Even viewing the first week’s lectures made me cringe at the screen as I am guilty of a lot of them. But that’s why we go on courses right? But the most important point I learned was to stop thinking like a designer and think like a reader – does the graphic convey its point within three seconds?

Do I think the graphic satisfies this? No, not really. If I’m honest, for the first three seconds it did grab my attention and if I’d seen that in a newspaper I probably would have stayed on the page and wanted to explore it. However, it’s only when I delved a bit deeper that I realised how difficult it was to decipher.

So what does the designer want me to do with the graphic? Well, it’s definitely not being used for a geography lesson, as the label for the UK is far up in the North Sea and Germany is over in Russia. The only real clue as to what the graphic is about is the title, “Social Web Involvement” and the rubrik in the bottom right hand side attempts to describe it. However, it is not clear what the sizes of the donut charts mean and also what the millions of users in the tables mean. We are told that 32,000 people were interviewed (2,000 per country) and so where the heck have these figures quoted in millions come from?!?

The graphic does present several variables, but it does not present them very clearly. The variables come in the form of the countries and each type of social web involvement. The graphic does not allow for comparisons, organisation or show correlations easily as the data is bunched by country and so it is not easy to find, for example the country with the second highest proportion of people writing their own blogs. The details are scattered around the graphic and a reader has to memorise the data in order to compare it. There is a lot of redundant grey space on the graphic which could have been used more efficiently.

I would improve the graphic by removing the map completely and just concentrating on the data. The data we have can also be sliced and diced with other data, for example the GDP of the country, the population (Internet users per 100,000 people) or we could look at other methods of social web involvement – why are there no games mentioned when according to Wikipedia there were 10.3 million players of World of Warcraft in May 2011? As a start, I would go back to basics and just ask the question: How does social web involvement vary by country to country?

Let’s take the UK as an example (edited a wee bit to fit):

We could represent this data in a bar chart that could easily be compared to other countries. Of course, sixteen of these graphs may look a little cluttered but I think this is a step in the right direction.

These alteratives are most definitely still a work in progress but I think immediately they are a lot clearer to read and allow the data to be compared and organised a lot easier. Having read the forum for the course, I see that someone else has had a similar idea and created a stunning graphic -> http://www.flickr.com/photos/89317425@N05/8133822514/ so it’s good that I was thinking along similar lines and hope to keep developing my skills as the course progreses.

Data Visualisation, Data Viz, Infographics and ‘making pie charts look pretty’ seems to have sky rocketed within the past couple of years. Despite studying database development during my final year of University in *ahem* 2003 and constantly being surrounded by lovely data (whether at work or on the web) I had never really paid much attention to it. I gawped at the screen when I discovered Information is Beautiful (and then ordered the book right away), yet it still hadn’t twigged that this was something I could try for myself, thinking it was only for graphic designers and not a lowly techie like myself.

My moment of epiphany came in 2011 when I was looking for a course to attend – I don’t have a huge training budget at work and so that ruled out any MSC qualifications but I wanted to try something a little bit left-field but which was still related to my job. This is when I discovered Andy Kirk’s ‘Introduction to Data Visualisation’ training and thought I’d give it a go – after all, if it wasn’t for me I’d still get a free trip to Brighton (yippeee!)

The training was fantastic, so much more than I had imagined as it started right from the beginning – it assumed no prior knowledge and covered all aspects of visualising data. Attendees were from a variety of backgrounds: designers, coders, database developers and I finished the day feeling incredibly inspired (you should see the mad scribblings I made in my notepad on the way home).

No more boring pie charts for me – hello stunning data!

Fast-forward a few months and data visualisation is still at the forefront of my attention. I am overloaded with all the wonderful resources on the web about it; be it free tools, design tips, data…oh the lovely data, tutorials or books. You should see the “Data Viz” folder in my favourites – I’m like a squirrel hoarding the links. 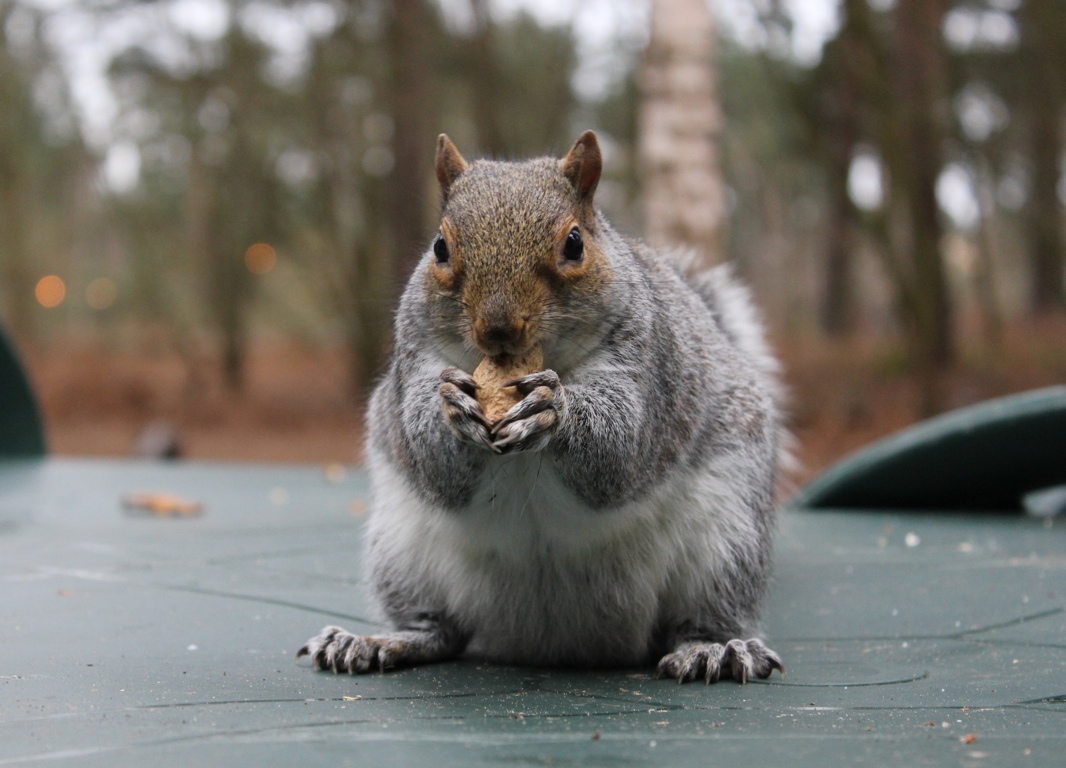 I am a data viz squirrel; hoarding links for the winter.

Well, this is why I have set up this site, I LOVE to play and tinker but will then often finish something and then move on to something else. I have coded Python for the first time, created a Choropleth map of English Counties, I have screen-scraped, made a Heat Map and created my first visualisation for publication. I want to document this work, my thoughts, discoveries and processes so that I can keep a log of everything I have worked on. I have seen some wonderful tutorials online that don’t quite fit what I want to do and so I have modified them and now want to share them. I have so many ideas for blog posts and so many people to credit that I can see this site expanding very quickly!